As of January 23, 2007, passports are required for all travelers, including citizens of the U.S. and Canada, who enter or re-enter the U.S. by air. The passport requirement will be extended to include entries into the U.S. by land and by sea on June 1, 2009. 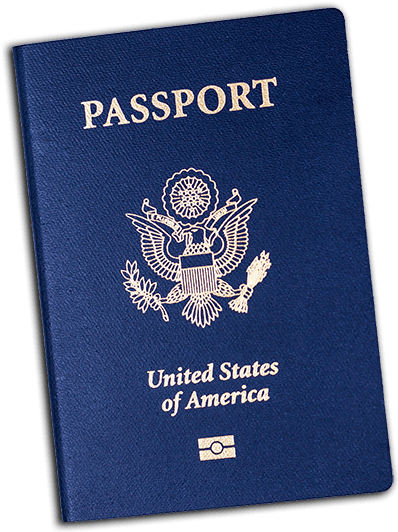 Until passports are required, citizens of the U.S. and Canada may use an original or certified copy of their birth certificate AND a government-issued photo ID (such as a driver’s license), in lieu of a passport, for cruises that sail roundtrip from U.S. ports (including Puerto Rico) and visit the Bahamas, Bermuda, Canada, the Caribbean, Central America and Mexico. Children under the age of 16 are not required to present a photo ID in addition to their birth certificate. Photocopies of required documentation are not acceptable.

There are a few notable exceptions pertaining to land and sea border crossings:

Even though passports are not required at this time for U.S. and Canada citizens who sail roundtrip from the U.S. on cruises to the above destinations, we strongly recommend that all cruise passengers travel with a valid passport anyway. This is because guests who need to fly to or from the U.S. unexpectedly during their cruise will likely experience significant delays and complications related to booking airline tickets and entering the U.S. if they do not have a valid passport with them. For example, a passenger missing a cruise departure due to a late inbound flight to Miami would need a passport to fly to meet the ship at the next port. Similarly, guests needing to fly to the U.S. or Canada (via the U.S.) before their cruise ends because of medical, family, personal or business emergencies, missing a ship’s departure from a port of call, or a mechanical problem of some sort with the ship, would need a passport. Of course, situations like these are rare, but they can happen.

Passports are not required for U.S. citizens traveling to or returning directly from Hawaii or a U.S. territory, including Guam, Puerto Rico, the U.S. Virgin Islands, American Samoa, Swains Island, and the Commonwealth of the Northern Mariana Islands.

Passports are required for cruise travel to all International destinations not mentioned above, and for cruises that involve air travel that begins or ends outside of the U.S. Passports must be valid for at least six months after the last day of travel.

Looking for a nice place to go?

Youth on the Move